An Answer to the Ultrafinitist Below

This post is an answer to this one (yes, I am answering myself, please wait before calling the mental house). If you read that one, you probably noticed that the style was, um, different. That is because that should have been an April fools' joke (you could guess it because the words fools and joke were bold, and because it was the 1st of April). It was a collection of arguments that people against infinity use. I wanted to answer immediately, but life finds a way... to kill your plans. So let's answer them now.

Who is right, then? I wrote 20 posts about infinity, but the arguments against it are pretty convincing, aren't they? Well, in fact thery are not really wrong, they are just too partial. Let's see them.

Q. Is it true that the universe is not infinite?
A. I am not a physicist, so I cannot answer this question in all the details (that's a bad start). In this interview Prof. Joseph Silk says that simply we don't know. It can be either way, with our current knowledge it's not possible to know. According to Wikipedia, one of the models of the Universe with most consensus is the Friedmann–Lemaître–Robertson–Walker metric, that appears to be infinite, but I have no idea. Anyway, it seems like it doesn't matter, The time we have here is finite, therefore even if the Universe is infinite, we will be able to observe just a finite part of it.

Q. But is it true that between two points there is just a finite amount of space?
A. Again, we don't know. I found this nice discussion on StackExchange, and the models we are using now to calculate stuff do have infinite points between two points (are continuous). The consensus seems to be that this is the case, but we cannot know.

Q. Ok, so we don't know if the infinite exists in this Universe, and maybe we will never know. But is it used in physics practice?
A. Constantly. The language of physics is mathematics, and there infinity is a necessary tool. If you think about it, nothing in mathematics really exists. There is no real number, there are no points, no lines. Triangles do not exist. 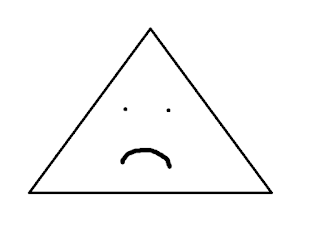 And yet we use them every day, because they work.

Q. Therefore infinity is used in maths.
A. That is not a question. Anyway, yes. math is practically founded on the infinite. Leibniz, Newton & co., while founding calculus, were using it just like any other quantity. Now we know better, and we actually can get rid of it, decide a maximum number and stay there. But the problem is: which one?

As an example, let's take computer science. In 1936 Turing invented the Turing machine, that is not a real machine, but a hypothetical one that is infinite and that can mimic the behaviour of any computer. It has been a fundamental tool for the understanding of computer science (well, it was the invention of the idea of computer). Now suppose that Turing, instead of conceiving an infinite machine, invented a finite one. How big do you think it would have been? 2000 possible numbers? 20000? 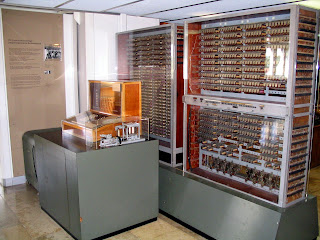 "Z3 Deutsches Museum" by Venusianer at the German language Wikipedia. Licensed under CC BY-SA 3.0 via Wikimedia Commons.
The Z3, built in 1941, could memorize only 64 words of 22 bit

It was surely unconceivable at that time more space, but now we can easily and cheapily have 137438953472 numbers hidden under our nails. If the Turing machine was finite, every year a bunch of people would have to meet to raise its size. Instead, we have a reliable and universal way to represent all computers, past and future, thanks of infinity. For example, now we now if something is just not possible to calculate with a computer. If we just deal with finite stuff, one can say "Heh, maybe if our computers are bigger/faster, we can calculate that", and spend millions of real world money for an impossible task.

The same is true for mathematics. Deciding a limit number is ridiculous. Also many concepts first start with infinity, and then become finite. Without the infinity part, we probably just wouldn't have such concepts, as "calculus" or "computer".

Q. Can we imagine the infinite?
A. That's an interesting question!
Q. Thank you.
A. I mean, even kids know perfectly well what infinity is, right? Yet, we cannot possibly think all the numbers. Our brain is finite. But we can think of the totality of the numbers. For example, think of a glass of water. In that glass, say, there are 8 x 10^24 molecules of water (that is more than 8 septillions for an American). Our mind cannot possibly think of each molecule, there are too many. Yet, you had no problem in thinking of a glass of water, am I correct?

So, that's it! Infinity is safe and alive! You can continue to infinity-and-beyond your stuff, people! Oh, one more thing...

Q. Are all finitists so obnoxious, like in the previous post?
A. Yes. Well, that's unfair, just the more vocal ones. I don't know what's wrong with them. At the mere hint of infinity, they unleash an anger and spite usually reserved to breast-feeding forums and Ben Affleck's Batman. They call people who use infinity "mystics", "religious" or even "fetishists". They stalk all famous mathematicians, ready to attack (I am not famous, but I do have a finitist that comes into my office). They feel like the whole world is wrong, and they're frustrated that no one listens to them, before it's too late. They are not stupid or ignorant, mind you, sometimes they are brilliant thinkers. It's just that we work on a different fundamental assumption, and there is no way to please both. But can we nonetheless aceept each other and be friends? Please?


Posted by Vincenzo Dimonte at 1:00 AM No comments: